From Webmin Documentation
(Redirected from LDAPClient)
Jump to: navigation, search

This page explains why you would want to use LDAP, and how an LDAP Client system talks to an LDAP Server.

It allows you to select the LDAP Server that this client system will contact to in order to fetch user and group information. The most important field is the LDAP server hostnames, into which you must enter the hostname or IP address of the LDAP server on your network. If you have more than one replicated server, they can all be entered here.

The Login for non-root users and Password for non-root users fields must be filled in with a username and password accepted by the LDAP server, respectively. The login will typically be an LDAP distinguished name, like cn=Manager,dc=my-domain,dc=com.

Because this login and password is visible to all Unix users on your system, it is typically set to that of a LDAP user with limited privileges (such as read-only access, and no ability to view passwords). Because passwords do need to be checked in some situations, the Login for root user and Password for root user fields should be set to an LDAP username and password who has read access to the entire LDAP server. This second password is stored in a file that is only readable by the root user, and thus is secure from regular un-trusted Unix users.

Introduction to LDAP on Linux

LDAP is a network protocol that can be used to share databases of Unix users, groups and other information between multiple systems. Typically, a single LDAP server will store a databases of users, which is then queried by multiple clients. If these clients also mount home directories via NFS Exports and Disk and Network Filesystems, users will be able to login to any one of those systems with the same username and password. In many ways, LDAP is used similarly to NIS, covered on the NIS Client and Server page. Using a correctly configured LDAP Client it is possible to manage users and groups with LDAP Users and Groups.

If the LDAP client software has not been installed correctly just click in the message displayed.

This module allows you to configure a Linux system as a client of an existing LDAP server. For this to work, your system must first have the packages require to act as a client installed - specifically the NSS LDAP client library, and the PAM client library. The actual package names differ depending on your distribution, but on Debian and Ubuntu they are libnss-ldap and libpam-ldap respectively. On Redhat and Fedora systems, they are both in the nss_ldap package. The simplest way to install these is to use the Software Packages module to install them direct from apt or yum. 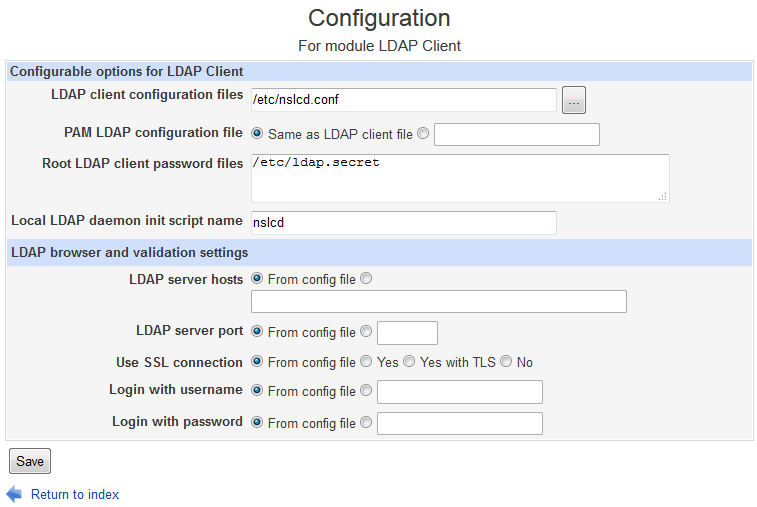 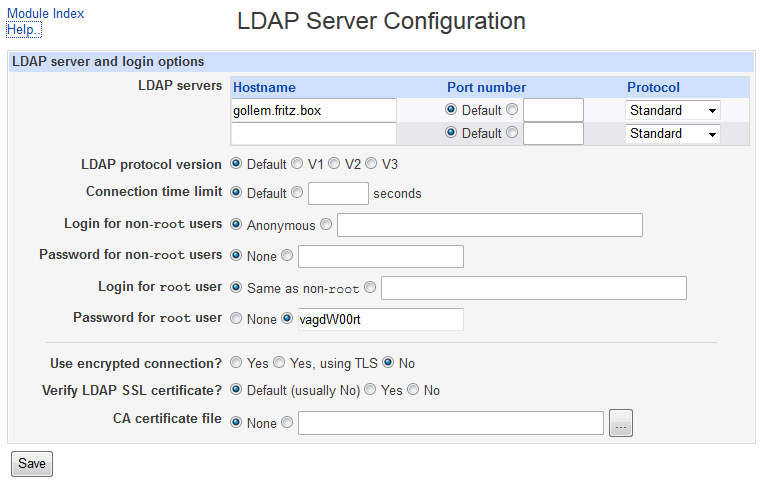 Once you have the needed software installed, follow these steps to configure your system connect to the correct LDAP server: 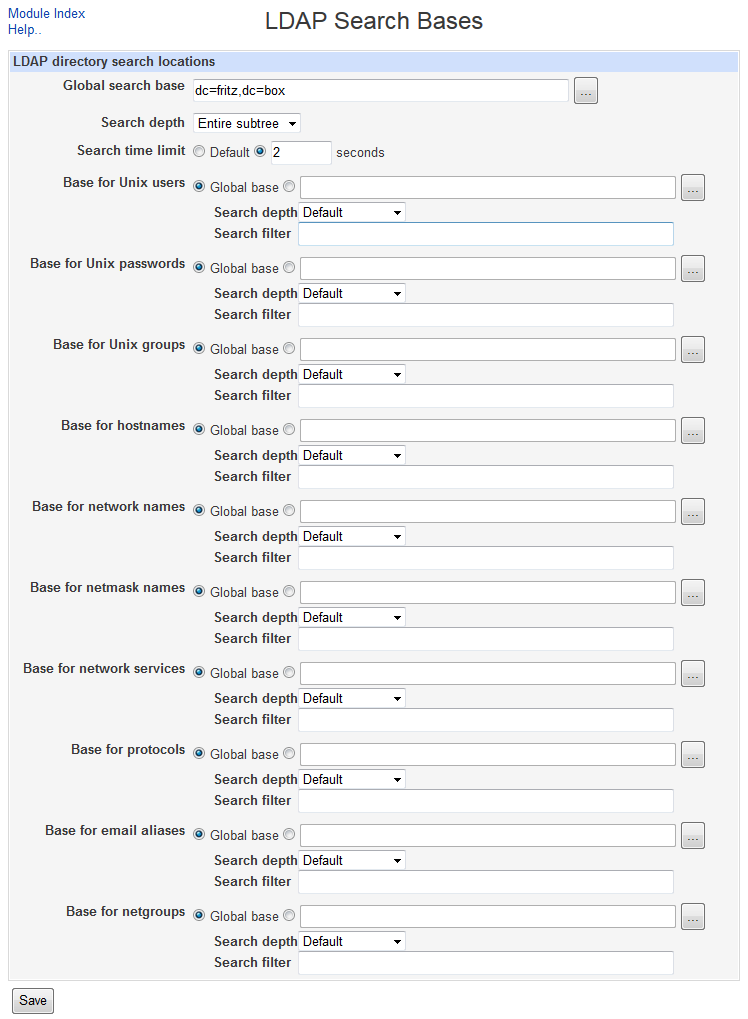 An LDAP database has a hierarchical structure, in many ways similar to Internet domain names. Each user or other object in the database has a full name (called the DN) that specifies its position in the hierarchy, like cn=moroder, cn=Users,dc=my-domain,dc=com. Typically, all the users in the database will be stored under the same parent DN, which would be dc=my-domain,dc=com in the previous example.

For your system to find users and groups in the LDAP database, it must know the DNs to search for them under. To configure this, do the following : 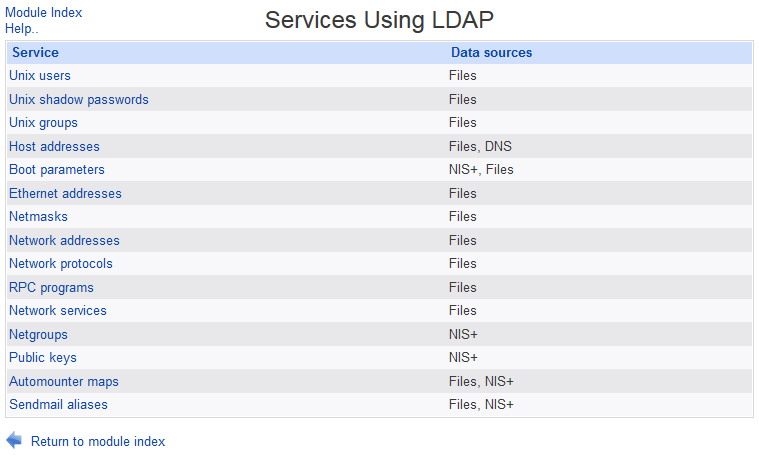 One more step is needed before your system will actually use LDAP to find users and groups - configuring the NSS (Name Service Switch) to use the LDAP datastore. To do this, following these steps :

Once everything is configured, you can use the Validate Configuration button on the module's main page to check that everything is setup properly. If it reports any problems, you will need to re-try some of the steps above with different options.

This page provides a simple way of exploring the data in the currently configured LDAP server. It is useful for finding where in the hierarchy users and groups are stored, so that they can be correctly entered on the LDAP Search Bases page.